Irrewarra Sourdough was an idea conceived on New Year’s Day 1999 when two Melbourne lawyers, John and Bronwynne Calvert, were pondering their future. A love of good bread had been the inspiration to teach themselves to bake traditional sourdough bread four years earlier, and they were getting good at it.

Enthused by the sourdough baker in the French Food documentary, Le Menu, a vintage spent in Burgundy, France, and an interest in the emerging regionality of Australian food and wine, they made the bold decision to abandon their legal careers and establish a sourdough bakery and vineyard.  Their customers, they believed, would be people like them—lovers of good food and wine.

The Calvert ancestral family land at Irrewarra would be the bakery’s location, in the empty stables that had been waiting for a reason to restore. The Calvert family had farmed at Irrewarra since 1842, including growing wheat and grapes; the land was calling them back. Irrewarra Sourdough was received rapturously by bread lovers along Victoria’s Great Ocean Road over the summer of 2000. Hungry beach goers and holiday makers couldn’t get enough of the freshly baked authentic sourdough made the same way the Calvert’s had perfected at home—hand-cut, hand-moulded and naturally fermented with their own sourdough culture.

Some of Irrewarra Bakery’s first customers that summer were the renowned food writers Jill Dupleix and Terry Durack, who called to say, “thank you, we’ve discovered your bread”. Before long Irrewarra bread was being delivered to selected outlets in Melbourne. The bakery now supplies bread throughout Victoria, employing a team of bakers, all motivated to give customers a wonderful loaf of bread every day. 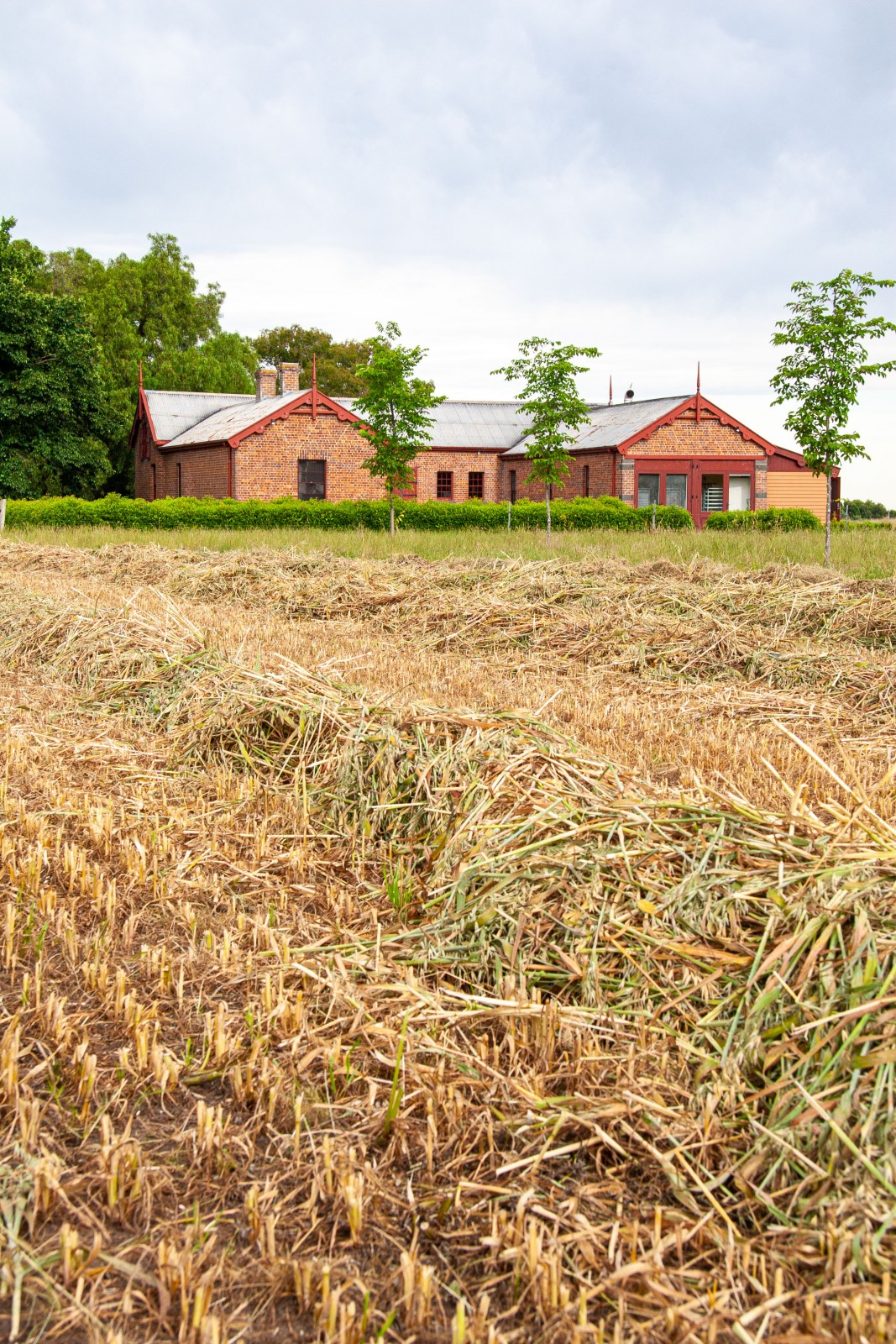 In 2003 Irrewarra Bakery Café opened in Geelong’s James Street as a retail outlet for Irrewarra breads and a place to grab a great breakfast, brunch or lunch made enhanced by Irrewarra’s range of breads.  The café soon became Geelong’s favourite café. It was here that the Calverts started baking granola for the café’s breakfast menu, chocolate panforte to accompany our coffee and Anzac biscuits to eat in, or take home.  Customers came in their droves for the poached chicken and herb mayonnaise sandwiches made with our casalinga loaves, prosciutto, olive tapenade and fontina toasties, roast beef club sandwich with thickly sliced Irrewarra wholewheat and the roasted vegetable and Meredith goat’s cheese tartine.

In 2006 the cafè was awarded Outstanding Regional Bakery by The Foodies Guide to Melbourne and Regional Victoria: Irrewarra is renowned along The Great Ocean Road for their range of sourdough breads made using traditional techniques.  This wonderful store also offers excellent coffee and other baked treats, such as the very moreish raspberry coconut slice and seasonal quince tart.  But perhaps the best accompaniment to the excellent Genovese coffee is the chocolate and nut panforte.  You won’t find better anywhere!.

The café closed in 2010 so we could focus on wholesaling the much-loved café products granola, panforte and Anzac biscuits, and, of course our range of breads. 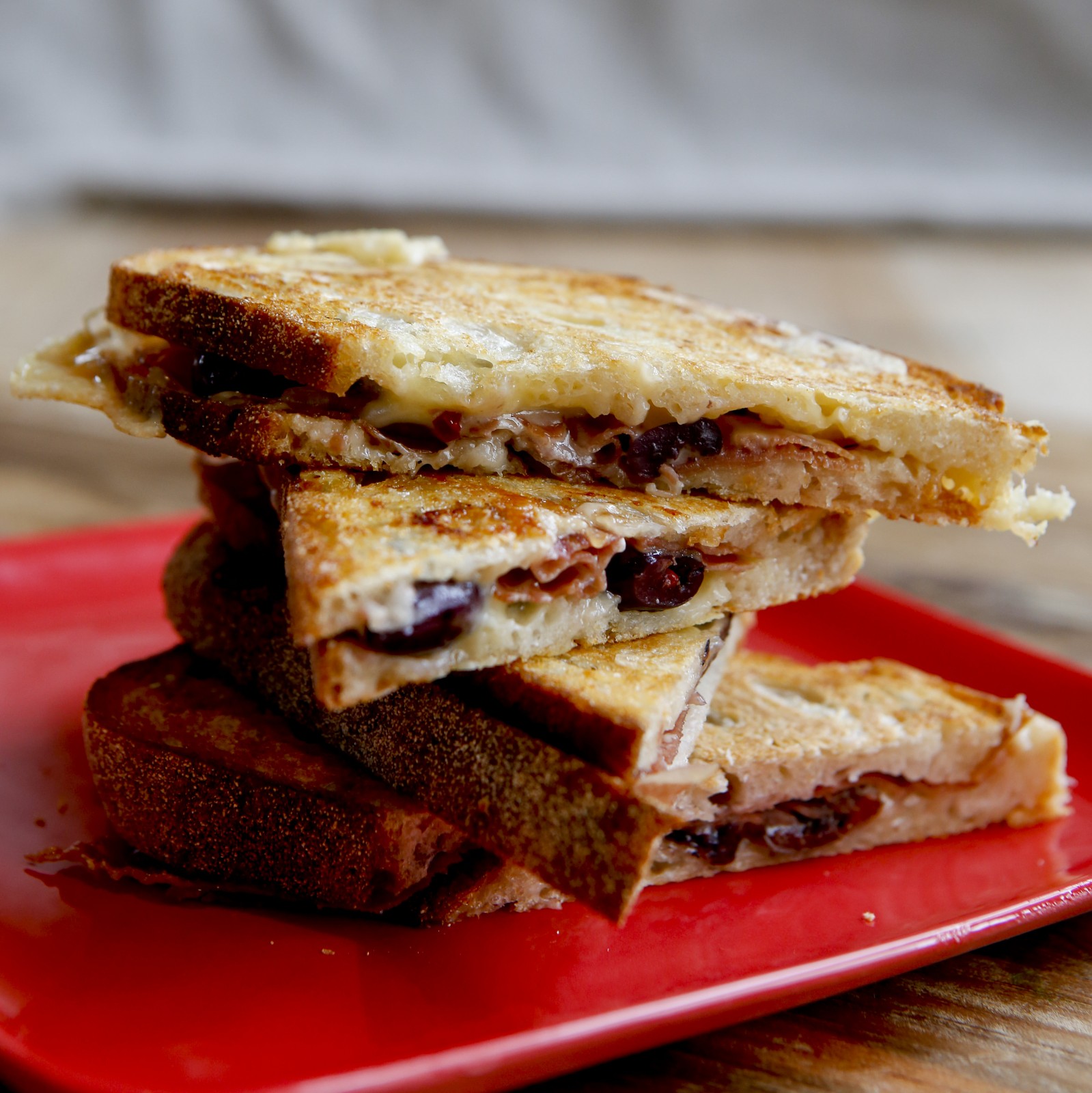 As the business grew, so did the Calverts’ desire to keep meeting the never-ending demand for real, naturally fermented, hand-made sourdough breads. In 2015 the bakery had not only outgrown the bakery in the stables but also our second bakery in nearby East Colac that had been used from 2007 to meet demand. The decision was made to build a new bakery at Irrewarra. It was designed to fit into the rural landscape like the quintessential Australian shearing shed. Heritage Architect Ian Stapleton of Sydney firm Lucas Stapleton Johnson was commissioned to design the building. The bold size and design reflected the Calverts' confidence in the growing demand for Irrewarra sourdough, granola, biscuits and seasonal products—natural, real food, made with local ingredients. 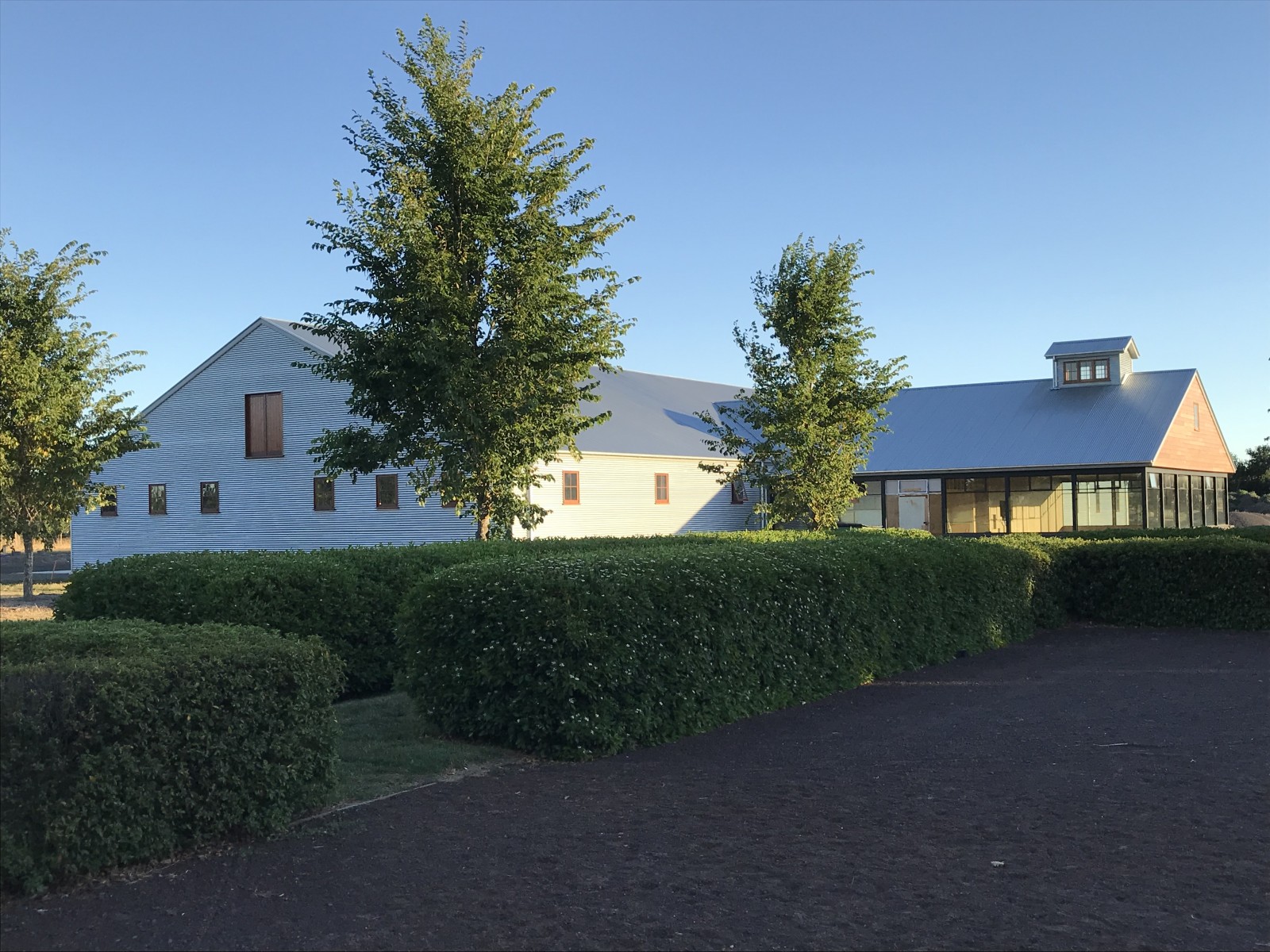 In 2001 the Calverts planted a four-hectare vineyard of Pinot Noir and Chardonnay. The vintage they had spent in Burgundy in 1992 inspired them to plant Burgundian varietals well-suited to the Irrewarra climate.  The site chosen was next to their homestead on the Otway foothills at Irrewarra, overlooking the spreading plains and Mount Gellibrand. The site had a metre of brown sandy loam over clay and was well-drained and north-facing.

Irrewarra region is historically wet, so the decision was made to have a dryland vineyard, to not irrigate, following the Burgundian tradition. It was believed this would result in a more concentrated wine, exhibiting more of the local terroir. Unfortunately, the planting was followed by a 10-year drought and a viable crop took years to achieve. But the climatic conditions forced the vines to send their roots deeper into the sub-soil and the underlying clay base.  Now, even in hot, dry summers, more common with each passing year, the vines remain green and healthy until autumn.

In 2015 one of Australia’s finest Pinot Noir and Chardonnay producers, By Farr, owned by Gary and Robyn Farr and their son Nick and wife Cassie, took over the management of the vineyard. After a few years the grapes were of such quality, that it was decided to vinify the wine separately to the By Farr wines and release it under the Irrewarra label.  The first release in 2017 was of the 2016 Chardonnay (96/100 James Halliday) and the 2015 Pinot Noir (94/100 Ralph Kyte-Powell). The wines continue to receive impressive reviews, each vintage a unique expression of the growing season.

Irrewarra Wines are sold in fine wine stores in both Australia and internationally and can be found on the wine lists of many of Australia’s best restaurants. They can also be purchased on the Irrewarra Vineyard website. 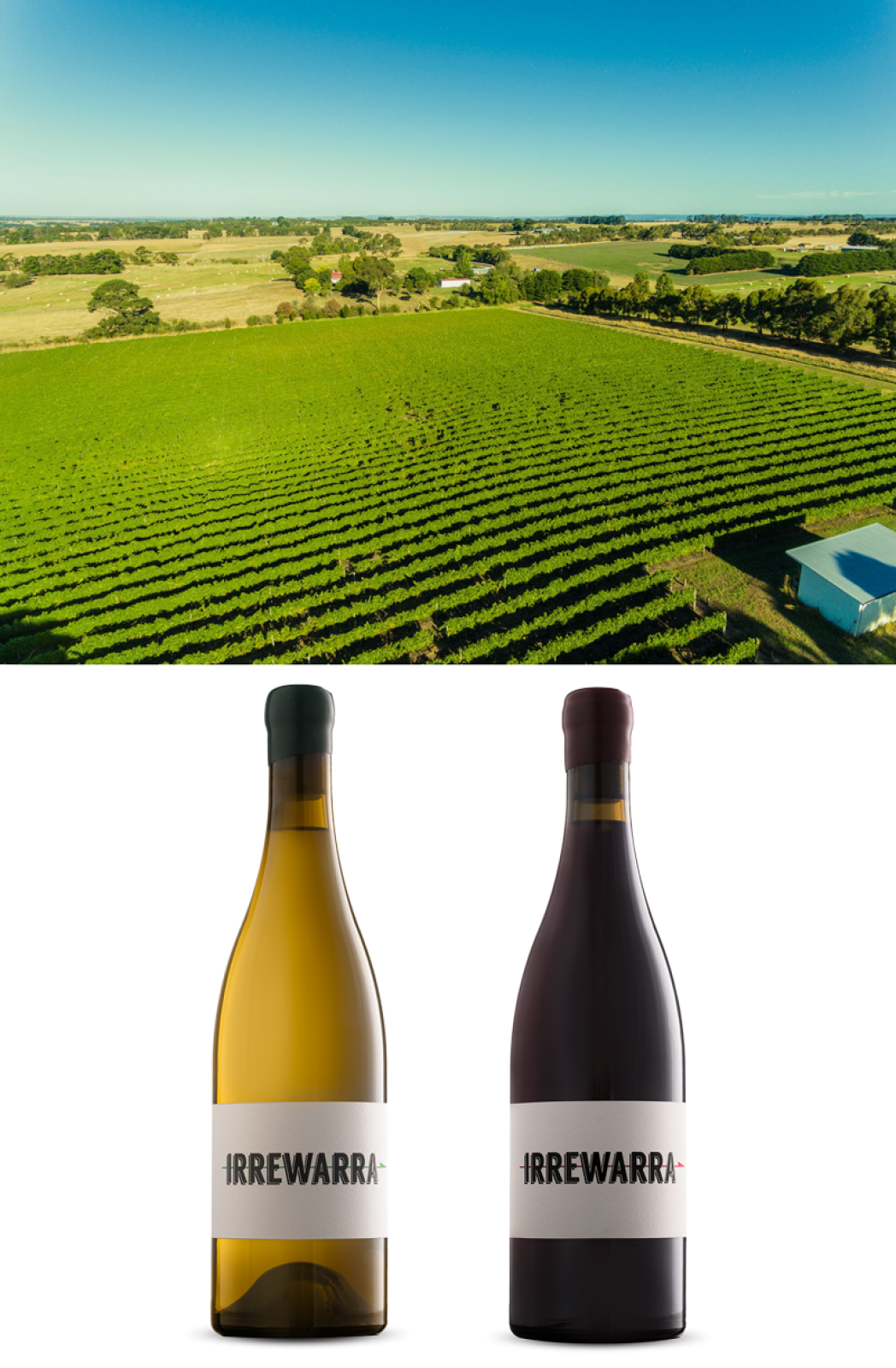 In 1831, John Calvert, the son of a Scottish tenant farmer, embarked on a journey to Van Diemen’s Land (Tasmania) in search of the opportunity to own the land he would farm. That fateful decision eventually lead him to Lake Colac, Victoria, and in 1842, in partnership with his nephew, surveyor John Bell, he purchased a 69,000-acre (29,000 hectares) tract of land referred to as Pollock’s Station. He befriended the local aboriginal people who continued to live on the land.  He respected their culture, so much so he named the property Irrewarra, Aboriginal for ‘long spear throw’, an apt description for the plains country.

By 1845 he was shearing 17,000 merino sheep, had built a homestead, stables and woolshed from local bluestone and wrote home to his sister Isabella Carlyle in Ecclefechan, Scotland, that his land was 60 miles around.  In 1851 he married Tasmanian-born Jane Murray, the daughter of another Scottish immigrant.  Five generations of Calvert family descendants have benefitted from the journey of the first John Calvert, the boldness of his decision, and the hard work that came naturally to John and Jane. That legacy continues to inspire the Calvert family today.

The Calvert family recognises that the land purchased by John Calvert in 1842 had belonged to the local Gulidjan-Kolakngat people who were not compensated for their land being taken. 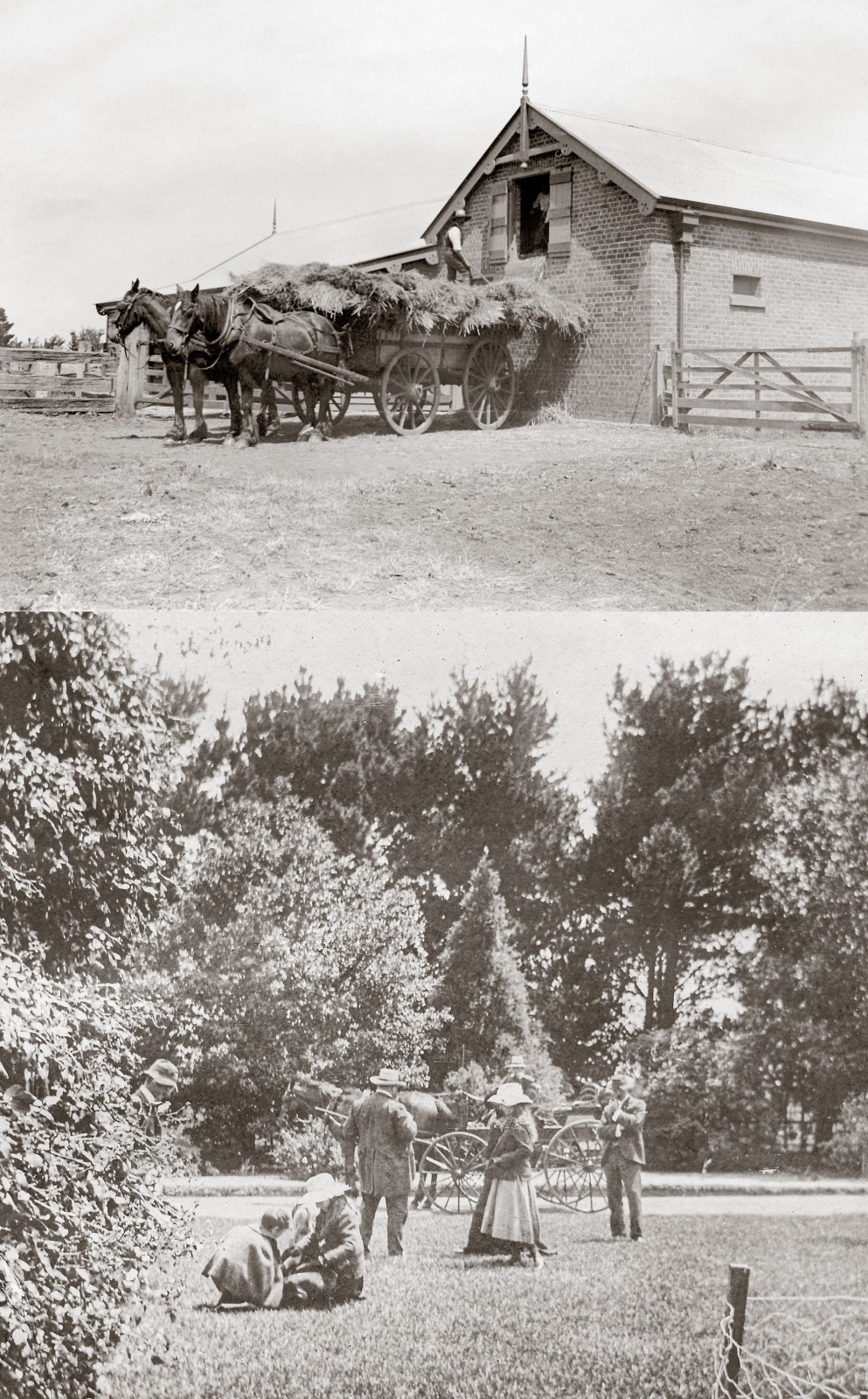 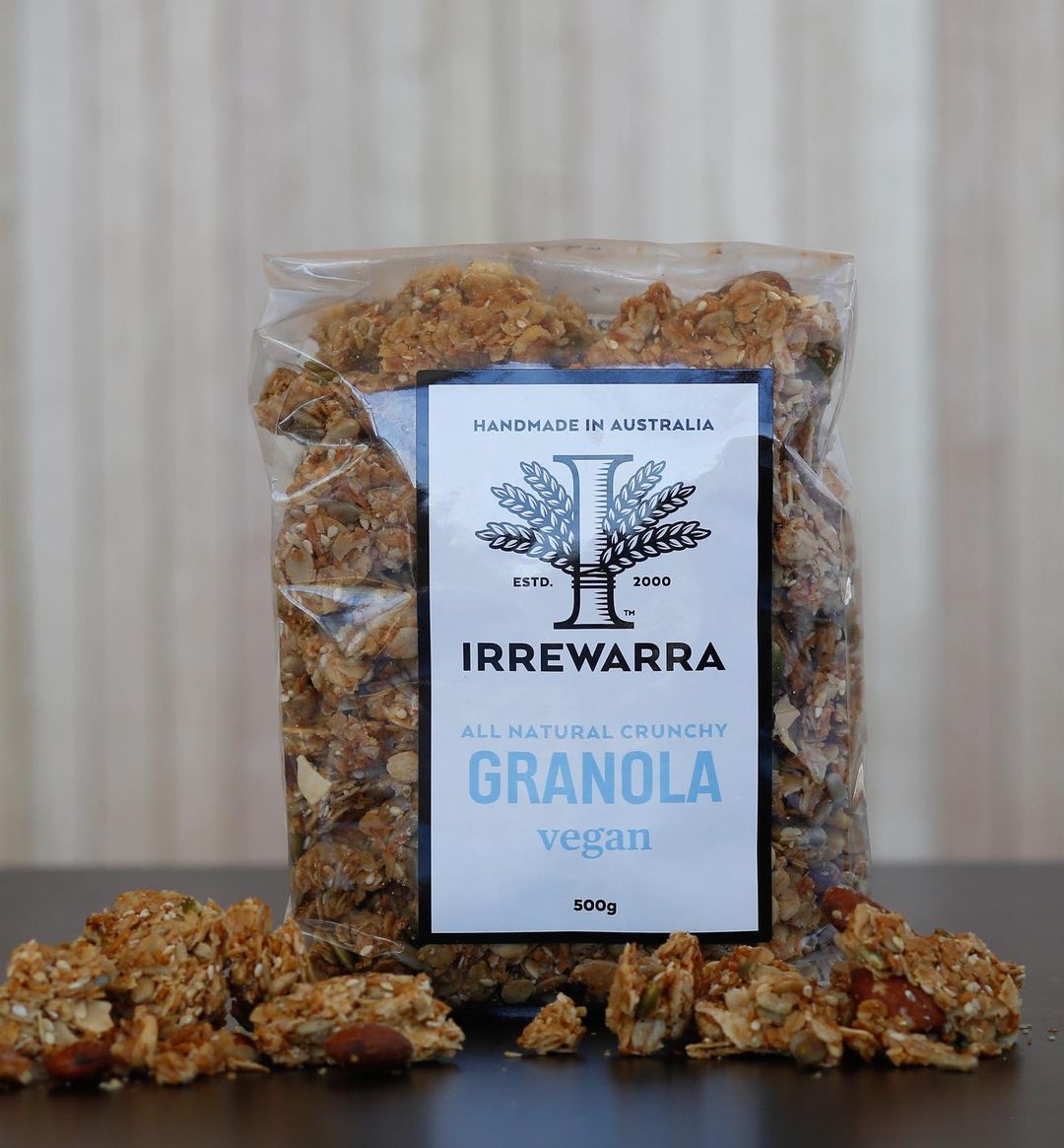 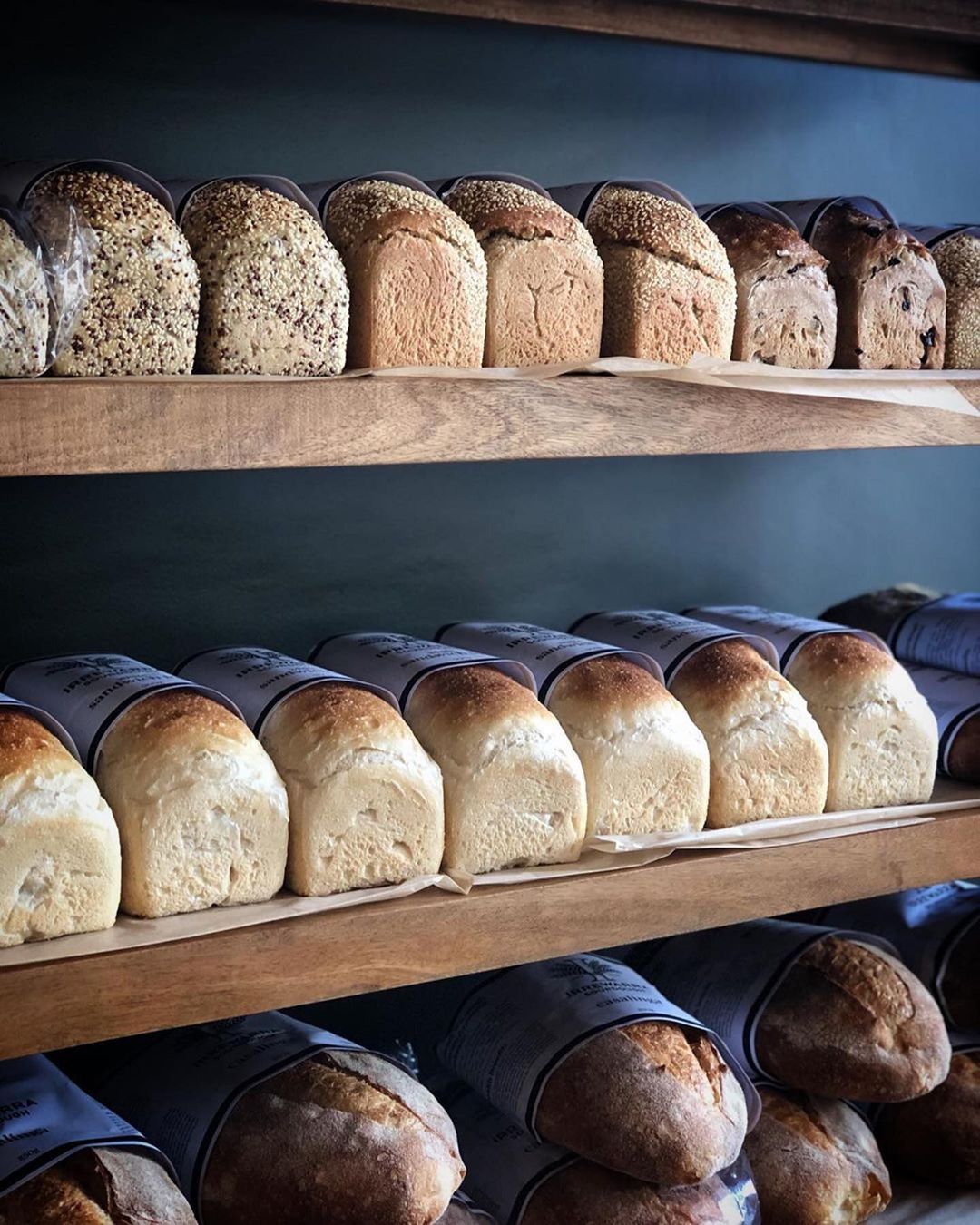